Launched in the summer of 2015, Bradford Trident Bike Library, at the city's Parkside Centre, was one of the project's first to open.

Each week in the lead up to the Tour De Yorkshire we’re shining the spotlight on some of the fantastic Yorkshire Bank Bike Libraries located on or near this year’s race route. This week we’re at the start of stage three at Bradford Trident…

Launched in the summer of 2015, Bradford Trident Bike Library, at the city's Parkside Centre, was one of the project's first to open.

Since then, it has gone on to offer more than 1,000 bike loans to children and families, as well as running Bikeability workshops in local schools and organising led rides for the community.

The scheme has recently seen an increase in the number of young people and children using its services, and schools regularly use the bike library to help teach their pupils to ride a bike.

In addition to their great work at the bike library, Bradford Trident also has a presence at a number of community events. Last June the team organised a Cycle for Life event which saw 70 people take part and promoted cycling, health and fitness, as well as offering bike loans and repairs through the bike library.

Aurangzeb Khan, community development officer, said: "Participants came from across the whole area and we had very positive feedback about our work and clients showed significant interest in activities." 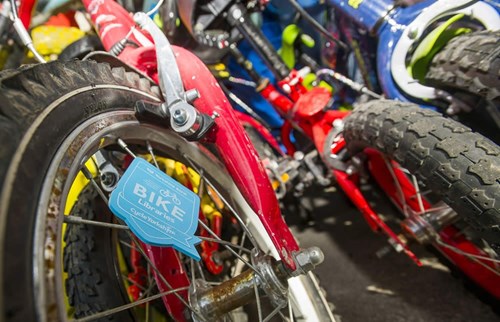