Tuesday 29th January, Yorkshire: As someone who relied on her bike to get her everywhere, great-grandmother Alice Wilson was left devastated when she was forced to give up cycling after losing her sight. The 82-year-old from Pickering became partially blind around four years ago and despite laser treatment making a difference, she had given up hope of ever getting back on the saddle again. 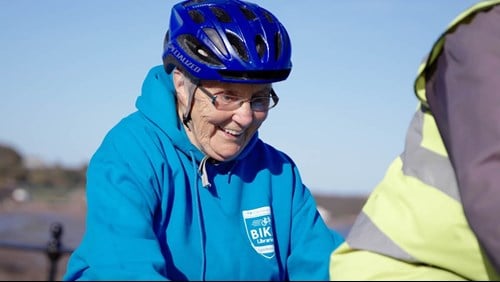 All that changed following a chance meeting with Rob Brown, from Scarborough and Ryedale Community Cycling, who introduced her to the Coast and Dale Yorkshire Bank Bike Library.

"I’ve never driven a car - as I used to cycle everywhere. I didn’t want to give my bike up because it was my main means of transport, but it got taken away and I never saw it again.

3 years ago
Written by Lauren Mackenzie